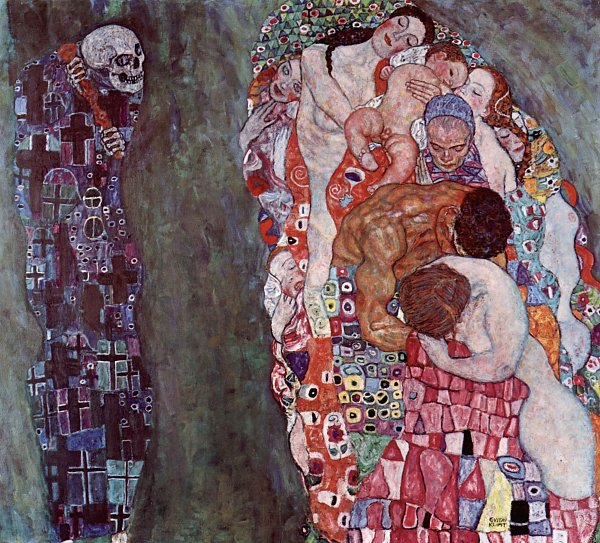 He dressed the women in gold and gauze. He has elevated and monumentalized them. Gustav Klimt painted the aura of women like no one else. How does this work in the context of gender debates?

My darling. My jewel. My Gemstone: No painter has taken these pet names for female beings as seriously as Gustav Klimt. He exaggerated and monumentalized them. He has dressed her in gold or placed her under canopies of emerald. Up to the depersonalization, he provided women, especially from the Jewish-Austrian upper class around 1900, with all the treasures of the arts and crafts and made something of them that sometimes looked as if it was a special production. 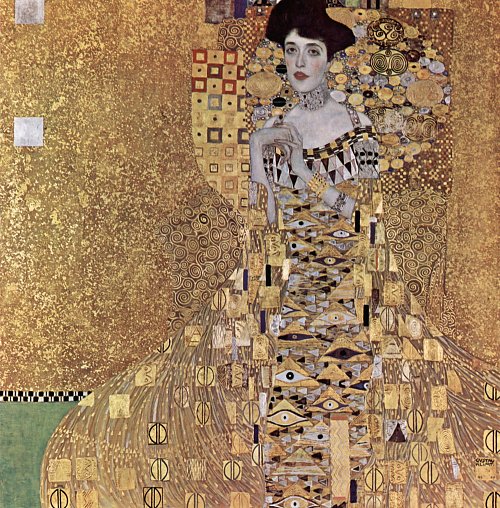 Of course, this flattered the clients and even more so the ladies portrayed. Probably everyone likes it when you work on your aura. And the image of women in a society that was still largely patriarchal, as it existed in the Danube Monarchy before the First World War, carried this train into the decorative exquisite when it came to depicting women.

The preference of most artists of that time for the femme fatale, but then also for the femme fragile, did the rest. In 1907, no one would have had the idea of taking offence at the picture that was created at that time, which most people probably have optically present when the name Gustav Klimt is mentioned: that “golden adele” that was worth 135 million dollars to the American entrepreneur Ronald Lauder, who acquired it for his Neue Galerie in New York. 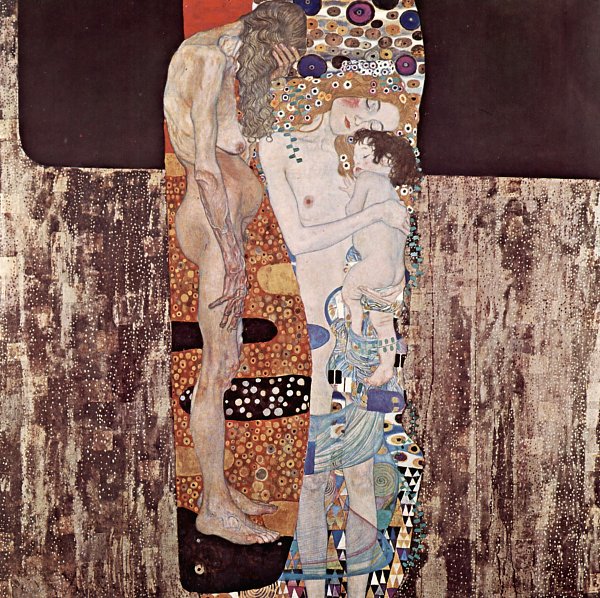 Adele Bloch-Bauer in her golden dress, not to say cage, in front of a luxuriant gold ground with various geometric patterns woven into it, is typical of the way in which Klimt presented his female figures. Her body, completely absorbed by the dress, is in a kind of shrine. One thinks of an Egyptian mummy, of a dead woman. If it weren’t there, in sharp contrast to the preciously trimmed overall gesture of the picture.

Here, and only here, in this little square, which seems to almost lose itself in the waves of ornamentation around her, is life. Here a human being expresses himself, but now turns to the observer with all realistic means of psychological penetration in an almost painful urgency.

And this is precisely what gives Gustav Klimt’s paintings the ambivalence that still makes him a fascinating artist. Those who treat him only as an art nouveau-moved manufacturer of striking gems will place him close to Edelkitsch. Anyone who looks at the world’s largest collection of Klimt paintings at the Belvedere in Vienna often leaves the exhibition with the quiet nausea of a person who has maltreated his stomach with whipped cream through the excessive consumption of Sacher cake.

On the other hand, Halle an der Saale makes it right. Moritzburg, recently run by the active Thomas Bauer-Friedrich, who has already turned the Gunzenhauser Collection in Chemnitz into a discursive museum in the best sense of the word, is taking a very different path from Austria in terms of climate commemoration on the occasion of the 100th anniversary of the death of Gustav Klimt. Instead of simply celebrating it, it is now being put up for discussion in Halle.

The centre of the Halle show is the portrait of Marie Henneberg. This is, so to speak, the museum’s “Mona Lisa”, for this icon of the Viennese fin de siècle already entered the house in 1966. The crash of 1918, which swept away so much of what made up the “world of yesterday”, also led to the ruin of the family of the entrepreneur and artist Hugo Henneberg. And when he died, his wife was finally forced to sell her large-format portrait. As we can see here from old photographs, it had been the eye-catcher in the entrance hall of the Henneberg Villa. It had been designed by Josef Hoffmann, who else, for the Viennese artists’colony.

Where the “golden adele” seems to drown in glittering jewellery, it looks as if Marie Henneberg has immersed herself in a mountain range of cream meringue. Dress and scarf made of tulle, silk and organza caress a woman in silvery silhouette, whose body is blurred and poured into an armchair. Only minimal colour accents stand out cleverly from this fragrantly vibrating grisaille: a bouquet of violets that sits like a large amethyst brooch below the neck, a dainty gold bracelet and the black hair helmet.

On the one hand there is an early, small-format portrait of the sister. It dates from 1880 and is still very much in the mind, very familiar 19th century. Only the three-row pearl necklace and the lavish frill trimming of the neckline point to the later craftsmanship with which the painter sought to enhance his female portraits. 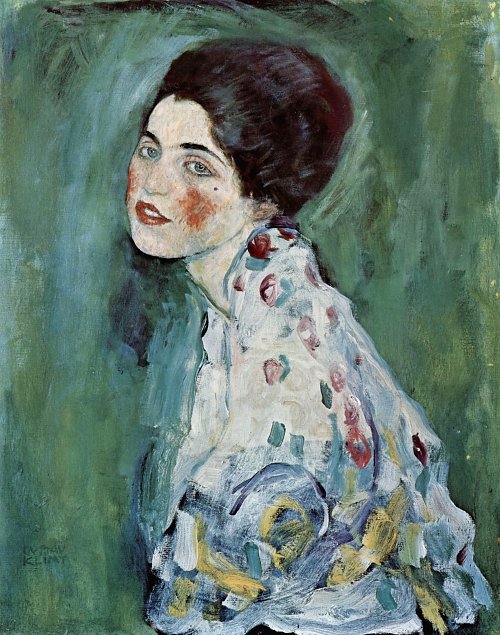 In 1913 Eugenia Primavera: the woman as a flower, embedded in a meadow. And from the floral formations looks the face of a chambermaid from the country, who has allowed the madam to help herself for once in her high-born wardrobe. Finally the Amalie Zuckerkandl, which was no longer completed in 1917. Great! Like in a stage set of Beckett’s “Endspiel” someone seems to sink here, and only the concentrated facial expressions, the fixed gaze, the hectically word-forming mouth still speak of nervous liveliness.

It is precisely the concept of this exhibition, with its juxtaposition of drawing and painting, that confirms Gustav Klimt’s humane approach, which is probably sublime above the suspicion of sexism. And so one can enjoy this painter and his icons shown here (which also include some magnificent landscapes) in Halle with a better conscience than in Vienna: because here he is not only celebrated, but also questioned.