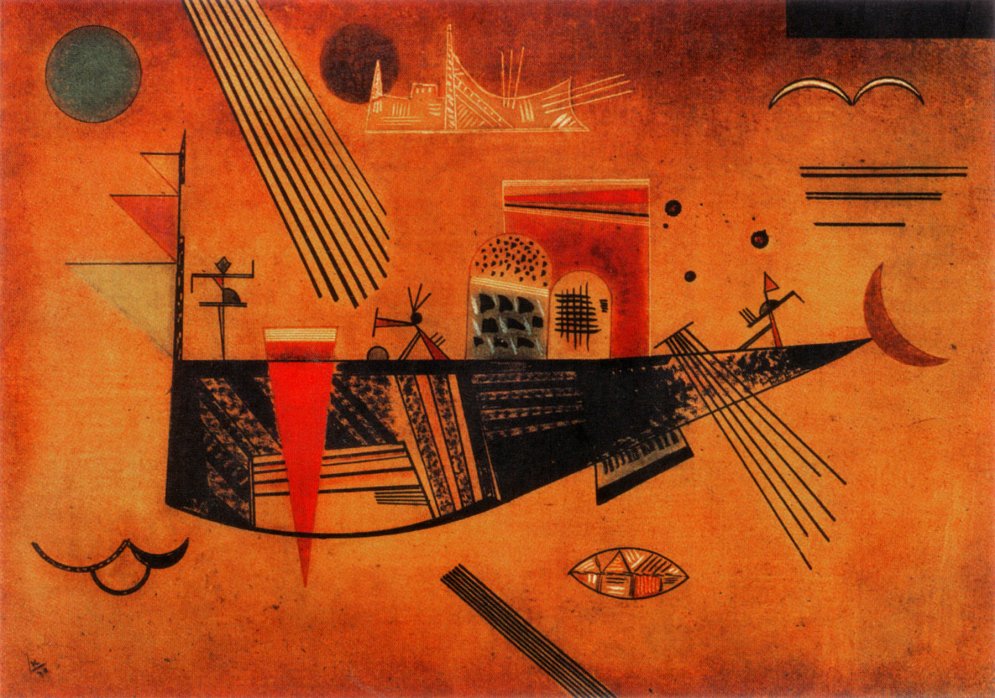 The Russian painter Wassily Kandinsky is known and famous as one of the pioneers of abstract painting and abstract expressionism. Through his paintings and theoretical works he exerted a great influence on the development of modern art.

Kandinsky was born in Moscow in 1866. In his early years he learned to play piano and cello. Music would play a major role in his art throughout his life. He studied economic policy in Moscow and worked there as a lecturer at the university.

After visiting a French impressionist art exhibition in 1895, Wassily Kandinsky decided to become a painter. He moves to Munich and learns the basic techniques of painting. He studied the impressionistic style as well as the art nouveau. In particular, he studied the works of Franz von Stuck. 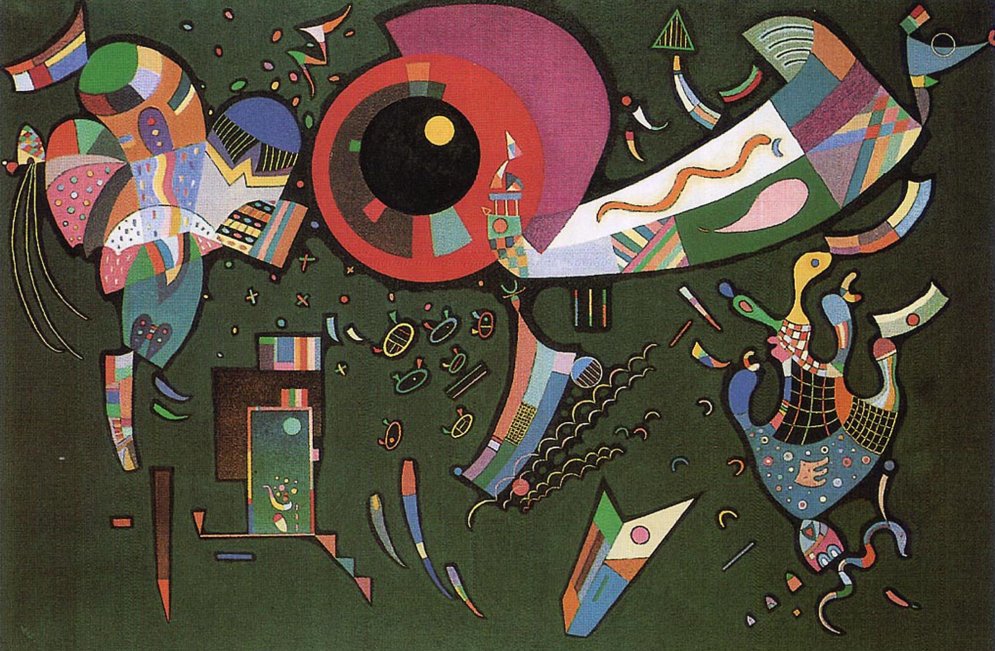 He mainly painted his first pictures in the impressionistic style, but soon his style changed to the “abstract”. His interest in “fantastic motifs” was clearly expressed in his paintings during this time. He was increasingly dissatisfied with the painting styles Kandinsky got to know in Munich. They seem expressionless and boring to him.

Between 1900 and 1910 Kandinsky travelled extensively. Among other things, he visited Paris, where he made contact with Paul Gauguin. It was through him that he became known for Neo-Expressionism and Fauvism. He travels to Germany and founds the artist group “Phalanx”. He met the expressionist artist Gabriele Münter and married her shortly afterwards. This marriage lasted until 1916.

1909 he travels to Munich and founds the “Neue Künstlervereinigung München”. 1910 he paints his first abstract picture with watercolours. One year later he painted the picture “Komposition V”. In the same year, the jury of the “Neue Künstlervereinigung” rejected this painting for an exhibition. According to the jury’s verdict, it is too abstract. As a result, Kandinsky, Franz Marc, Gabriele Münter and Alfred Kubin (an Austrian graphic artist, illustrator and writer) left the group of artists he had founded.

Together with Franz Marc, Wassily Kandinsky founded the artists’ association Der Blaue Reiter in 1911 and organized international avant-garde exhibitions in Munich. They developed into the most important exhibitions of the German Expressionists. Some of the paintings can be found at the http://www.nationalgallery.org.uk/.

In 1911 Wassily Kandinsky published his theoretical study “On the Spiritual in Art” in Germany. In this multifaceted work, which is of fundamental importance for abstract painting, he describes the psychological effects of color and the similarities between painting and music. In the most important chapter, “Language of Forms and Colours”, he develops his theory that form, unlike colour, can exist independently. This means that form has a major influence on colour. 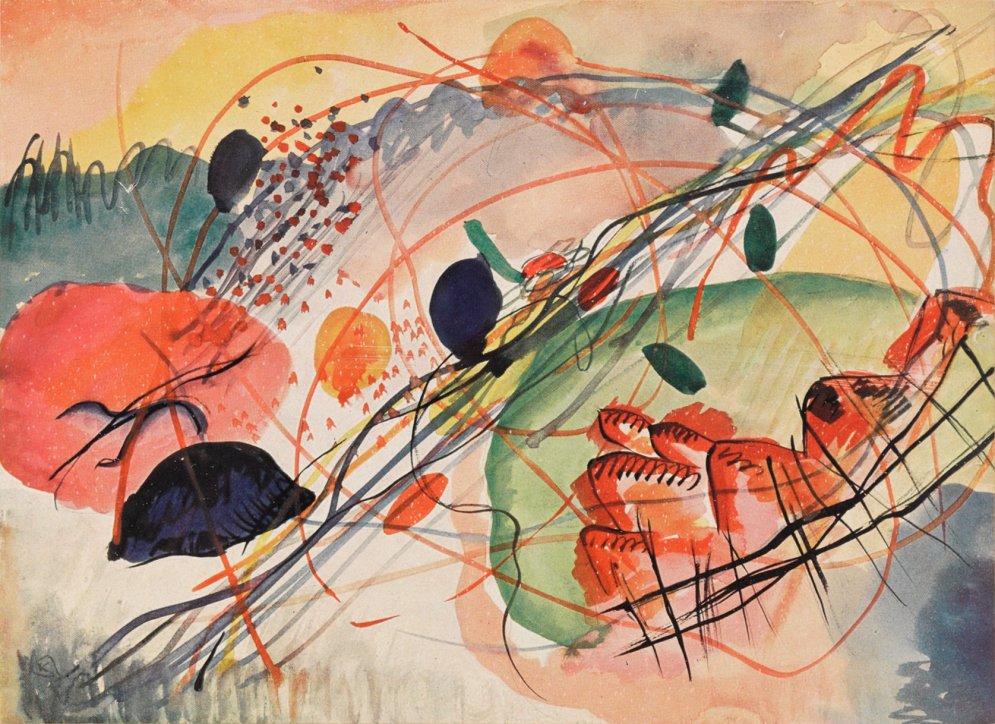 During the First World War he lived in Russia, where he taught and organized other art exhibitions. In 1921 he returned to Germany and began teaching at the Bauhaus School in Weimar. His time there ended in 1933 with the closure of the school by the National Socialists. In 1926 he published his writing “Punkt und Linie zur Fläche” (“Point and Line to the Surface”). In it he propagated an abstract, “absolute” art of painting. This work became another important basis for the creative process within abstract art.

After the Bauhaus period, Wassily Kandinsky moved to France. There he lived and painted until his death in 1944 in a Paris suburb. Kandinsky became a member of the Paris artist group Abstraction-Création. The National Socialists devalued Kandinsky’s paintings, like those of many other artists during this period, as “degenerate art”. Many of his paintings were banned from German museums in 1937.