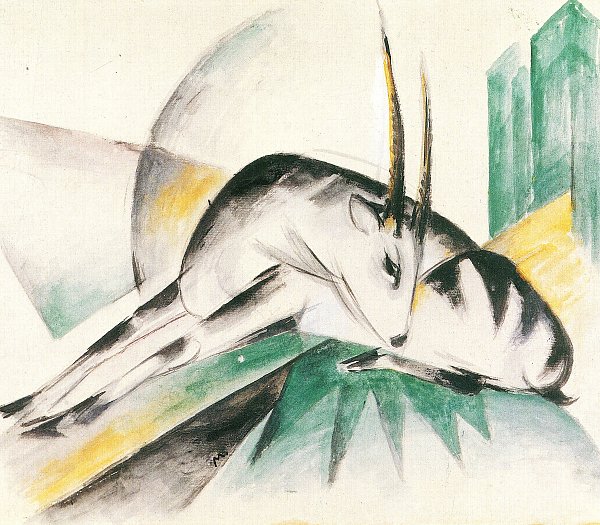 The naturalist would describe how big he is, what glaze he has and on what plate he stands. The impressionist would devote himself to the description of the scent, not forgetting the shimmer on the glaze and trying to evoke the pleasant atmosphere that such a cake spreads. The Expressionist, on the other hand, would roar with hunger!

However, the Expressionists were concerned with things quite different from tasty cakes. One notices this when one reads only the titles of the expressionist pictures and texts: The Scream is the name of a well-known expressionist painting by the painter Edvard Munch that shows a screaming face. And the most famous expressionist poem of all is called Weltende by Jakob van Hoddis. It says in the poem that a great storm is coming, destroying the world.

One wonders, of course, what kind of impressions of the outside world caused such an inner life?

Expressionism lasted from about 1910 to 1925, shortly before, during and a little after the First World War. Life at that time was dominated by more and more technology, growing cities and growing poverty. This was due to industrialisation, i.e. the fact that electricity and machines had been invented. Large factories were built, many people moved to the city to find work in these factories. They had to function like cogwheels in a machine, were poorly paid and lived in small dark flats where there were no toilets of their own and no running water. They became ill and hungry, while the factory owners had a good time in their large villas. 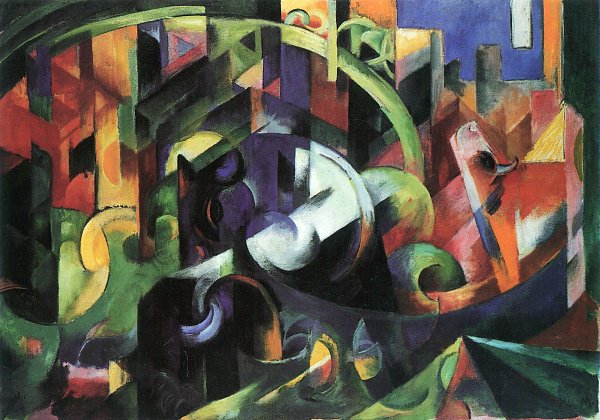 All this provoked outrage among the Expressionists – and they expressed this outrage in their texts. The Expressionists wanted change. They wanted the existing world to perish and space to be made for a new man who would not be degraded to a machine cog and would have to live in dependence. Their works therefore often deal with the awakening of the new man and the storm of destruction that makes this possible. They called this idea “the dawn of mankind” – and this is also the name of the most important collection of Expressionist poems.

In fact, of course, they didn’t “throw” the world, but only language. They no longer adhered to rules and logic. They have invented new words, built perverse sentences and created bizarre images. Since it is very difficult to tell long stories in this way, the Expressionists preferred poetry. There are few Expressionist novels, a few more plays and many poems. They usually sound passionate and creepy and are easy to recognize:

This is the first verse of Alfred Wolfenstein’s poem Städter and you can see very well how he deforms language: After all, houses can’t touch each other and nobody can be “grey swollen” – certainly not a street.

The worst thing for the Expressionists was that the terrible images they hurled out of their interior became reality in a completely different way than they had imagined: The First World War broke out. There was indeed destruction, death and decay everywhere. Since the vast majority of expressionist poets were young men, they had to go to war themselves and many of them died. Others returned from the war and now wrote for peace. But that didn’t change the fact that a terrible end was also waiting for most of them: In the Third Reich they were persecuted and killed.